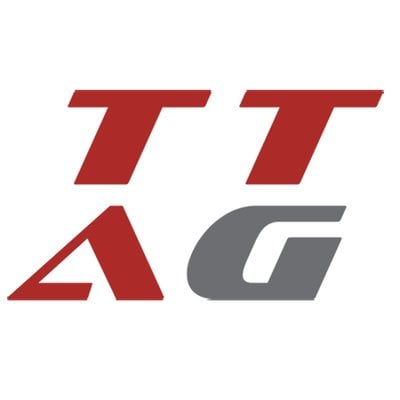 By: Nick Leghorn, The Truth About Guns

Their goal: a lightweight firearm that's as quiet as an MP5, as deadly as an AK-47, and more modular than anything ever designed. Originally chambered in 300 AAC Blackout, SIG built the MCX rifle to fill the same need that inspired AAC's Honey Badger.

I've been watching the SIG SAUER MCX come together for well over two years, from the first prototypes to the finished product. The military and law enforcement version is a useful firearm; even with a massive silencer attached, shooting in full-auto, the SIG MCX is extremely controllable. It's more like a big MP5 than anything else. [Click here to watch.] My biggest concern: would SIG SAUER translate the mil spec masterpiece into a useful civilian semi-auto rifle? They certainly started on the right foot . . .

The SIG MCX sports a pencil profile (a.k.a., superlight) barrel (this version in 5.56 NATO). The weight savings is significant; an unloaded MCX rifle tips the sales at a scant six pounds. The gun also has excellent balance, which makes it incredibly easy to maneuver. When it comes to getting shots on multiple targets quickly - especially when shooting with a silencer attached - an MCX-wielding rifleman will have a distinct advantage.

The MCX's muzzle is threaded in SIG SAUER's nifty taper design (drawings available here). It gives their silencers a better grip on the muzzle, helping the can stay tight on the rifle - rather than walking off and getting into trouble (ballistically speaking). A silencer that doesn't stay put will have an enormous impact on a firearm's accuracy. If you don't have a SIG SAUER silencer or compatible device, no worries -- the design works with all existing 90 degree shoulder mounting devices. 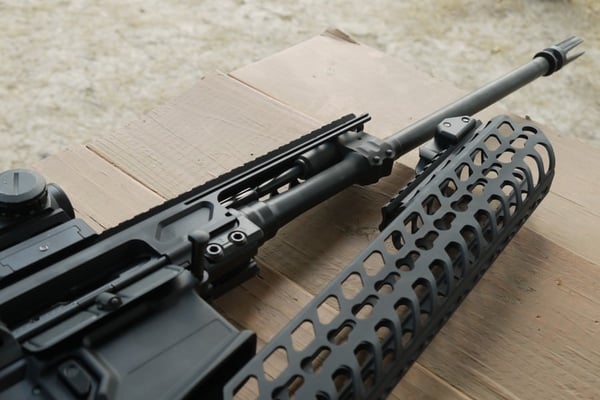 The MCX's hand guard is a lightweight skeletonized keymod affair.

The guards extend about 12 inches on the barrel for a good length of pull. For those who want the proper MCX experience they're roomy enough to slide a silencer underneath. Those seeking quick barrel changes or access to the gas system for maintenance will be pleased to discover that the SIG MCX's hand guards detach more quickly than a lectured teenager. Pull out the front takedown pin and slide the hand guards off the front of the gun -- done. The set-up also means the hand guards can be a tiny bit wobbly, but the integrated Picatinny rail on the MCX upper receiver' s top extends out to the gas block to provide a solid mounting platform for optics.

Barrel changes are easier than coming-up with a metaphor for something easy. With the hand guard removed, you lock the MCX's bolt to the rear and unscrew two hex screws on the side of the chamber. Once unscrewed the barrel slides right out. I don't know of a more effortless design. It's well made too -- like the rest of the gun. The MCX's fit and finish is superb. Unlike the MPX, for example, the MCX's upper and lower receiver are precisely mated. Every line matches up on both parts. It's a thing of beauty. 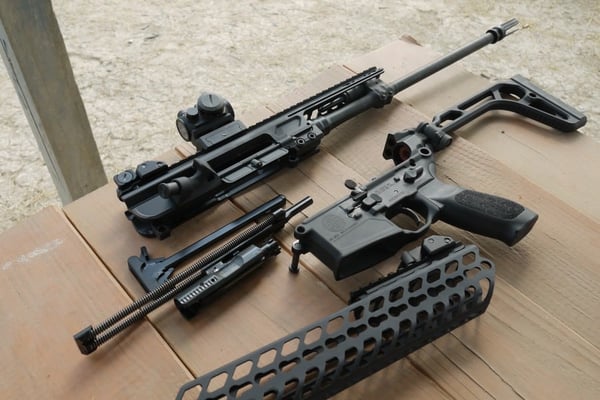 There's one major difference: it's gas piston operated. Buffer and gas tube? Gone. SIG's replaced them with a short stroke gas piston and a compact recoil system contained completely within the upper receiver. To provide the force necessary to stop the bolt carrier's rearward movement and return it to battery after each round, the MCX features a pair of recoil springs directly attached to the bolt carrier. Because the recoil springs are housed where an AR-15's charging handle would normally sit the charging handle has been moved slightly higher than normal on the receiver.

When you run a suppressed rifle the added back pressure from the silencer creates additional force to the bolt carrier, which makes the rifle cycle faster. That's not good; it can become uncontrollable and cause excessive wear on the operating bits. The MCX has an adjustable gas system that changes the amount of gas being sent to the piston, controlling the cycle rate. The system's equipped with a gas regulator that the shooter can adjust on the fly.

[NB: There are currently two MCX version on the market. The first (sold through Cabela's) uses a self-regulating gas system that vents super-heated gas directly into the air to control the pressure. The latest and now official version uses a closed system manually adjusted from "suppressed" to "unsuppressed." The official word from SIG SAUER: the adjustable gas system was done on request, but they settled on the manual system to make the civilian MCX be as close as possible to the military MCX.]

The MCX's relocated charging handle adds a bit more material to the top of the receiver.

It isn't much and it doesn't throw off the gun's ergonomics, but it's a bit of a step backwards, svelteness-wise. That said, the upper receiver's added bulk meant that SIG could do away with almost the entire back half of the rifle. 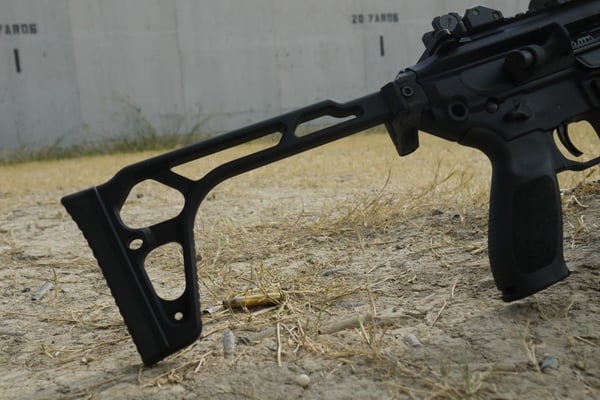 As the MCX's recoil system is completely contained within the upper receiver there's no need for a buffer tube assembly. So SIG SAUER sliced it off the gun. Instead of the usual screw-in stock adapter, SIG crafted a completely new rear for the MCX: a vertical Picatinny rail to attach their skeletonized stock to the gun. It's a brilliant move given that the rail's design is already in public use; aftermarket parts will be simple to produce and even easier to configure. (Rock River Arms has a similar system on some of their piston powered rifles. They claim it isn't actually a Picatinny rail but a proprietary system and refuse to sell a stock to anyone without first seeing a copy of an approved Form 1.)

The MCX's standard stock features a knuckle, allowing the stock to fold flat against the side of the rifle. A folding stock is generally better suited to short-barreled rifles, but anyone who likes to cram a bunch of rifles into a gun case will be thankful. There's also a QD cup built-in for sling attachments and such.

It looks like the ergonomics of that folding stock would be about the same as the ergonomics of a piece of rebar, but in reality the gun still feels pretty good. I was able to get a proper cheek weld on the gun with no problem and the way that the comb of the stock is designed felt like a slightly slimmer version of a standard AR-15 stock. No complaints from me there. 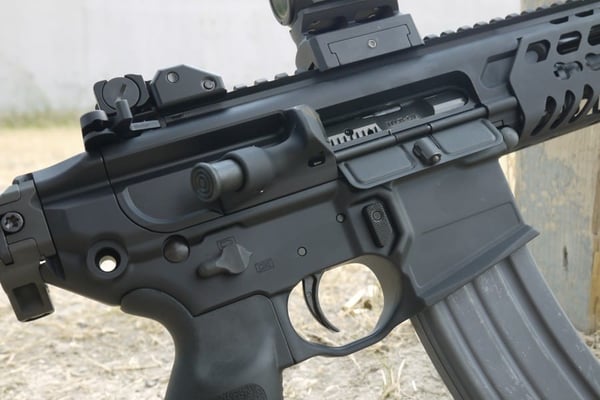 The safety selector -- available on both sides of the gun -- was specifically designed not to impede precision shooting or dig into the shooter's finger. The rifle's handsome extended magazine release button is ambi as well, enabling efficient left-handed mag changes. The charging handle also goes both ways too (so to speak), with latches on both sides of the receiver. Unlike the SIG SAUER MPX, the MCX's bolt release is only available on one side of the gun. It isn't a deal breaker but it's a design feature I really liked on the MPX.

There's a QD cup built into the rear of the MCX's lower receiver on both sides, but it's more than "just" a set of QD cups. SIG joined the two cups with a hole through the center, which allows for a whole host of new sling and retention options. Another improvement: instead of the usual post-production bolt-on trigger guard, the MCX's glove-friendly trigger guard is molded into the receiver. Nice touch.

The MCX's trigger is a whole lot less than wonderful (i.e. awful).

It's heavier than a sumo wrestler carrying a small Toyota. Creepier than finding a sad clown doll in the back of your car. It stacks more than the set design for Future War. I've said it before (which not-so-coincidentally rhymes with Tavor): an awful trigger can ruin a good gun. Accuracy is finite. When you can't get a proper trigger pull, it's impossible to achieve a rifle's maximum accuracy.

When I first picked up the SIG SAUER MCX I was deeply enamored by the prototype's look and feel. The production MCX still feels solid and well-built as those first prototypes and svelte to boot. As I mentioned above, the MCX's pencil thin barrel balances out the lightweight skeletonized stock, keeping the gun from feeling front heavy. That makes the gun a pleasure to maneuver around the range. 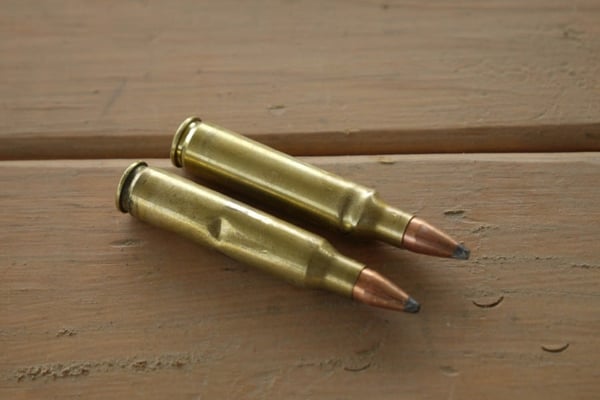 I mounted iron sights and a red dot, then slammed hundreds of rounds through the MCX using everything from massively expensive Federal Gold Medal Match all the way down to reloads I picked up at the local gun range for a few pennies a round. All of the factory ammunition ran just fine. In two cases, the reloads failed to completely chamber -- I think you can figure out why (pictured above). Two more rounds from the same lot with similar deformities failed to chamber in my PWS rifle as well (whose reliability I haven't had a single reason to question after a few thousand rounds) so I'm chalking it up to crappy ammunition. Still, I'd run factory new ammo if I needed the MCX to be 100 percent reliable. Just in case. Then again, advising people to run factory ammunition and not crappy reloads is probably as close to "common sense gun safety" as you can get.

Eagle Eye ammo is our official ammo sponsor for accuracy testing for one simple reason: it's the most consistent ammunition I have ever tested. Feeding our guns Eagle Eye allows us to directly compare the accuracy of multiple firearms. Just like my other accuracy tests, I configured the MCX with a bipod and rear sandbag. Just like you would shoot it real life -- no lead sleds here! Here are the results.

This was the best five round group of the day. Ignoring that flier for the moment, even with a less-than-ideal trigger the MCX is capable of shooting well under 1 MoA. In fact, it's sitting right around 3/4 MoA. That's twice as tight as Beretta can manage with their latest "precision" rifle, all from a pencil thin barrel with a challenging trigger, shooting off a sandbag. Some better glass and a better trigger would bring that group into the 1/2 MoA range. But there's a problem I may have mentioned before. Dear SIG SAUER: this is what happens when you ship an awesome gun with a inadequate trigger.

That flier, 100 percent shooter error, brings the group out to 1.3 MoA. Still better than Beretta and well within the realm of "acceptable," but the first four rounds prove that the gun is capable of greater accuracy. 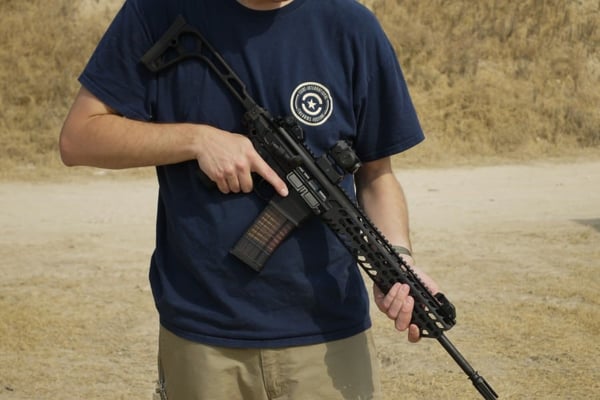 The MCX looks great, the concept behind the operating bits is fantastic and the execution is spot on. While its accuracy is on a par with rifles in the same price range, the MCX exceeds its competitors' functionality and modularity. Can you swap the stock on your AR-15 in 30 seconds - with just an allen wrench? Remove the hand guards in 10 seconds flat? Got an adjustable gas system for your suppressor? Nope. Even without a Giselle-class go-pedal, the MCX is well worth the price of admission. Add that little after market touch-up and it'll be head and shoulders above the rest.

Ratings (out of five stars):

Accuracy: * * * *
The gun is mechanically capable of much more accurate groups. A $200 trigger upgrade would add that extra star.

Ergonomics: * * * * *
I love it. It fits me perfectly, balances well and feels right in my hands.

Reliability: * * * * 1/2
So long as you feed it factory ammunition you'll be fine. As always, reloads can cause malfunctions. Just FYI.

Customization: * * * * *
From changing out the barrel to swapping the hand guards, the ability to customize this gun is amazing in both simplicity and scope.