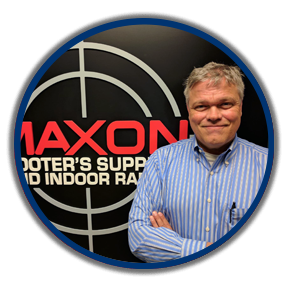 We will not be using the language of gun control enthusiasts any further in this post but rather refer to these "Ghost Guns" as Personally Manufactured Firearms (PMF’s).  PMF's include handgun and long gun kits which are unfinished, non-serialized receiver blanks. They will not function as firearms without additional machining or milling. When completed, they will accept the fire control components (hammer, trigger, bolt, etc) to function. Further, this post deals only with the recently passed Act HB 4383 with Senate Amendment #2.  We’ll address the Federal rule-making (AKA Pseudo-legislation, all 300+ pages of it) later.

What is “banned” or regulated?

The bill criminalizes the sale or transfer of unserialized unfinished frames or receivers or unserialized firearm to anyone but a dealer, importer, or manufacturer with an ATF-issued Federal Firearms License (Maxon Shooter’s Supplies, for example, is a Type 1 (dealer) FFL.  But wait… there’s more!

Beginning 180 days after the effective date …  it is unlawful for any person to knowingly possess, purchase, transport, or receive a firearm that is not imprinted with a serial number imprinted by a FFL.

So, to be compliant, you must get your previously built PMF serialized by a FFL Licensee, and you may not sell, purchase, or transport an unfinished frame or receiver without it being marked with a serial number.

What is not “banned” or regulated?

When is this ban effective?

Upon the Governor’s signature.  We do not know when that will be but will update this post.

Perhaps with a serial number imprinted by the manufacturer and through an FFL as though the kit were a functioning firearm.

80% lowers (or kits) were just another way to say a Personally Manufactured Firearm that is less than 80% operable, or manufactured to a certain point where it had not crossed the line of being considered a firearm. This colloquial term really will no longer apply due to these new regulations.

In order to be compliant with this law, you will need to find an FFL who can imprint a serial number on your PMF or kit.

What will it cost to serialize my PMF?

What potential snags are there for serialization?

If you have already stamped your own serial number on a PMF, it may be difficult to find room for a new FFL serial number.

No.  We are not equipped to provide this service.  There are very specific requirements, both physical and legal with respect to serializing firearms under Federal law, and we simply do not have the expertise nor the equipment to perform this service.

Probably not. The original draft expanded the definition of “Frame or Receiver” to include “a part of the a firearm that, when the complete weapon is assembled, is visible from the exterior and provides housing or a structure designed to hold or integrate one or more fire control components, even if pins or other attachments are required to connect those components to the housing or structure.”

The Sig P320 is very popular because the fire control unit may be switched between grip modules, enabling one pistol to be configured as a carry gun, duty weapon, or target shooting firearm. It would be impossible to serialize these grip modules. So…

The Senate drafters added this: “For models of firearms in which multiple parts provide such housing or structure, the part or parts that the Director of the federal Bureau of Alcohol, Tobacco, Firearms and Explosives has determined are a frame or receiver constitute the frame or receiver.”

Considering the BATFE just released a 300+ page set of rules that include multi-page definitions of just what is a frame or receiver, this is not a great answer.  However, considering the prevalence of P320’s in general use (Heller) and by Law Enforcement, it seems unlikely that this interpretation would be made.

Is the AR-15 style Modern Sporting Rifle potentially at risk?