What to Tell the 911 Operator in a Defensive Gun Use: Guns for Beginners

The Truth About Guns February 19, 2018 Guns for Beginners, Law and Order, Self Defense 0 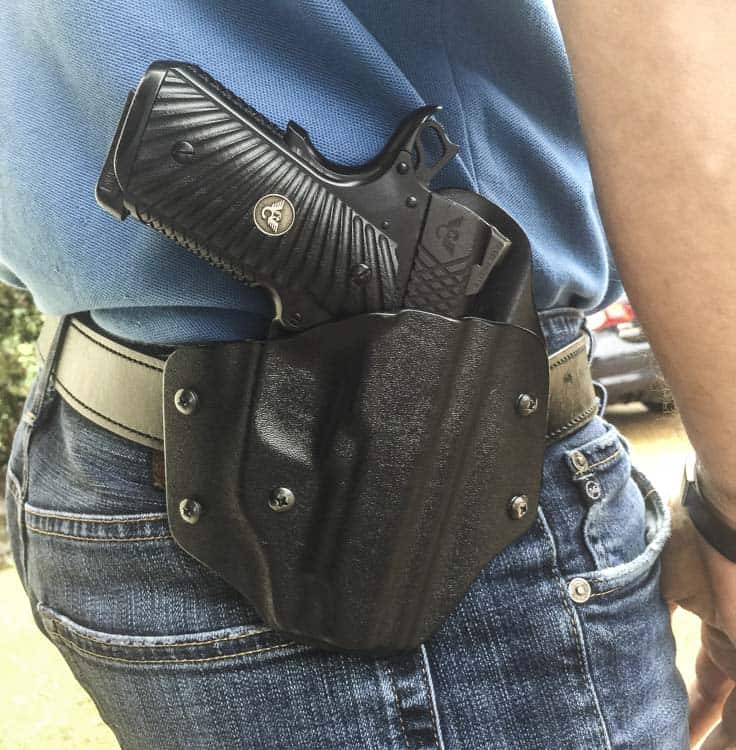 Calling 911 during or after a defensive gun use is a necessary practice fraught with danger.

If you call the cops during an attack (e.g., a home invasion), the operator will try to keep you on the line. Not only will his or her questions distract you from the business of defending yourself and your loved ones, but anything you say -- and the way you say it -- can be used against you in a court of law. If you call after a defensive gun use, same thing, with bells on (as the Brits say). My advice: call 911, give important info as calmly as possible and hang up. Here's what I think you should say and the one thing you MUST say . . .

First, remember: less is more. The less you say, the better. BUT you need to give the police vital information and prepare a defense of your defensive gun use (which includes "simple brandishing"). Here's a sample 911 call for a defensive gun use during an attempted street robbery.

NAME: "My name is Robert Farago." [Please use your own name, m'kay?]

This isn't the most important information, but it gives you time to gather your thoughts and helps you start speaking when you're high on adrenaline. Also, people who commit crimes generally don't provide their name. Stating your name helps establish your innocence.

LOCATION: "I'm at the corner of 6th Street and Waller."

Pretty obvious really. But again, adrenaline may make it difficult to process anything. Give the best location you can. If you're flummoxed and there's a witness, ask them for your location. Feel free to say "hang on" to the operator at any point to stay silent and gather your thoughts, or if the situation changes and you're distracted.

THIS is the bit you MUST say. Police responding to an incident don't know the bad guys from the good guys. Mistaking you for the bad guy -- especially if you're holding a gun -- could have fatal consequences. And the police may already be on the way (if someone else heard a gunshot).

WHAT HAPPENED: "I've been attacked."

There's no need to provide a full account of your defensive gun use to the 911 operator. Again, any account you provide is recorded and can be used against you in a court of law. Do NOT say "I shot someone" or "I pulled my gun on the guy."

YOUR FUTURE DEFENSE: "My life was in danger."

While you don't want to describe your defensive gun use to a 911 operator, this simple statement will form a basis of your legal defense, should you need one. This and no more.

OPTIONAL BUT VITAL: "My attacker was a big guy, around 250 pounds, wearing a grey sweatshirt" (and any other details you can remember, such as the direction of an escaping perpetrator).

ACTION: "Please send the police and an ambulance."

-- even for simply drawing your gun -- also helps establish your innocence: you were focused on protecting the innocent (yourself and others). It's also common sense: you or others may be injured without being aware of it.

It doesn't matter if the bad guy's lying on the street bleeding out or disappeared down an alleyway. Again, responding cops can't tell the players without a scorecard; you want them to have a good idea of who's who before they arrive on scene. Also, of course, you want the police to arrest or transport the bad guy.

Some people carry a concealed gun also carry a card with a 911 script on it, knowing that they may not be able to think clearly during or after a defensive gun use. That's not a bad idea.

In any case, don't be distracted (i.e., tricked into providing more information than you have to) by the 911 operator's inevitable follow-up questions. You are under no legal obligation to answer. Either hang up or place the phone down on the ground -- which will then record everything you or others say in the immediate area. Only maintain the connection if you are confident you can keep your mouth shut about what happened until the police arrive.

There's a bunch of stuff you should do when the police arrive, but that's the subject of another post.