Two emails were sent out this morning from Springfield Armory and The NSSF. The National Shooting Sports Foundation (NSSF) is the trade association for the firearms, ammunition, hunting and shooting sports industries and Springfield Armory is an Illinois based firearm manufacturer established in 1974. Each company's email stated their reasoning behind discontinuing relations with the retail giant Dick's Sporting Goods. We here at Maxon are applauding Springfield Armory and The NSSF for standing up for our second amendment rights. What do you, our readers, think of this decision? 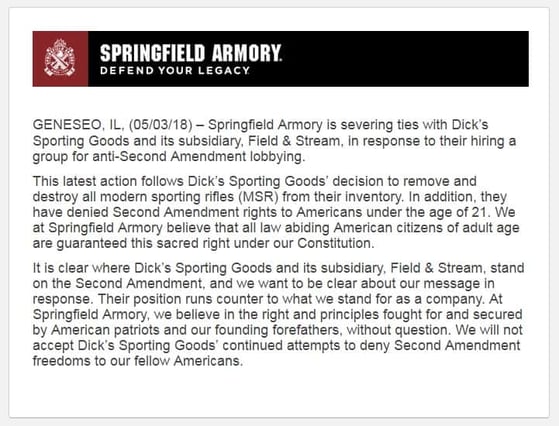 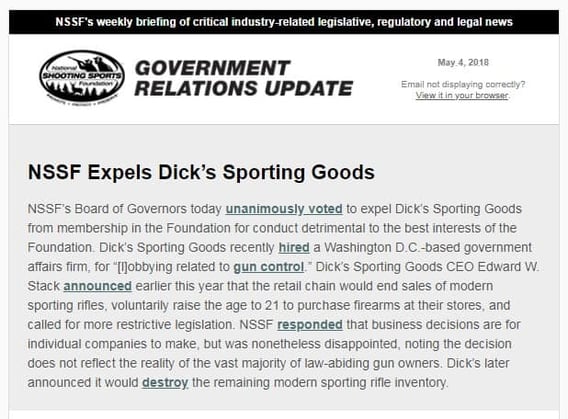