The Truth About Pistol De-Cockers

The Truth About Guns February 06, 2018 Training, Handguns, Guns for Beginners 2 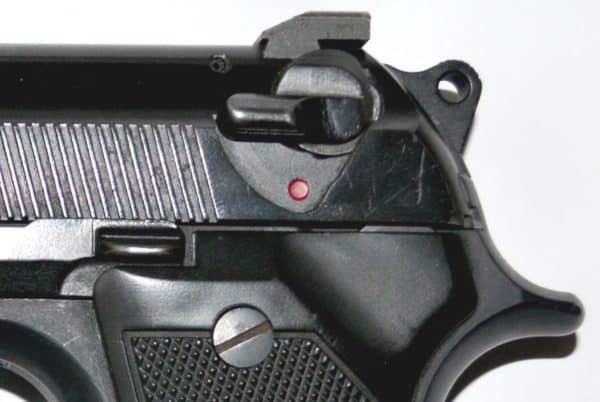 There are a number of operating systems common to modern pistols, and we still see most on the range regularly. However, 85 percent of the guns students show up with fall into the polymer, striker-fired category. The last 15 percent feature other operating systems. These include 1911-style guns, a few other rarer designs, the occasional revolver and those we refer to as “de-cocker” systems.

De-cocker style guns were common during the 70's, 80's, and 90's. S&W, SIG, H&K, Walther and Ruger (among others) produced vast quantities. With the adaptation of the Beretta 92 by the US Military in 1980, hundreds of thousands of decocker-equipped firearms have been produced for military, police and non-LEO civilian consumers.

De-cocker equipped pistols (generally) have an exposed hammer. Here's how they work . . .

- The gun is carried with the hammer down. When drawn, the trigger is found in its most forward position, and requires a long, heavy press as it mechanically cocks the hammer for the first shot. 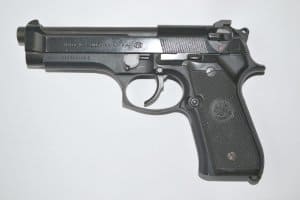 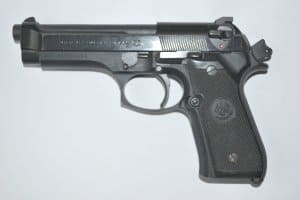 - When firing is complete, the pistol needs to be “de-cocked” in order to render it relatively safe before holstering. To accomplish that, most are equipped with either a lever or button which allows for the hammer to be lowered safely on a loaded chamber.

Single Stage de-cockers work by depressing a lever or button. As the mechanism is spring-loaded, no other actions are required.

Two Stage de-cockers are usually a lever (not a button). They require an initial press downward to de-cock. Then the user must manually return the lever to its starting position, to re-enable the firing mechanism. On most designs, leaving  the lever engaged results in a dead (i.e., non-functional) trigger.

De-cocking lever is down, requiring manual movement up to re-enable the pistol. In this state, the trigger is dead. On the Beretta, the de-cocking lever doubles as a manual safety.

As every police department in the nation, the vast majority of our students and now the US military have figured out, de-cocker style operating systems suck. They offer no tangible safety benefit. In fact, they create needless safety and training issues.

Once we explain the ins-and-outs of de-cockers to students, we often field two sarcastic questions: Who came up with this?  Why would they think this is a good idea? Here’s what I’ve discovered . . . 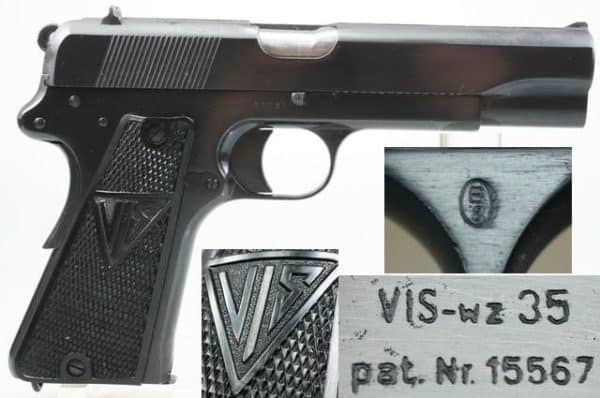 The Polish wz. 35 Vis -- also known as the Radom -- seems to be the first de-cocker equipped pistol. Designed by Piotr Wilniewczyc and Jan Skrzypiński, introduced in 1931/32, the 1911-style pistol chambered in 9mm had a de-cocker lever on the slide (reminiscent of the Beretta 92F). It also sported a manual safety.

My best guess for the newfangled "safety" system: Wilniewczyc and Skrzypiński had patent issues to consider . . .

Browning was working on the Hi Power for FN (Fabrique Nationale) in the early 20’s. He’d sold the patent rights on the 1911 to Colt, and they weren’t due to expire till 1928. He received a patent for the Hi Power in 1923. The Hi Power was the work-around for the 1911 patents which he no longer owned.

Both the 1911 and Hi Power use the single action/double action, “cocked and locked” style mechanism; they were quickly becoming the most popular auto-loading pistols of the day. In 1931, when the Radom appeared, the 1911 patents had expired, but the Hi Power patents were still in place.

Manufacturers needed something marketable that resembled the Hi-Power's operating system, yet didn't invite lawsuits. Thus, the idea of “first press cocks the hammer, slide does the rest” was born.

We know after the Polish Army adopted the Radom, FN assisted them with establishing a factory to produce it. Ergo, no patent issues. In the end, the de-cocker's history is academic. These odd creatures exist. They will remain with us. We need to know how to run them!

This post was originally published at Fortress Defense Consultants